Pat’s favorite subjects are naturally horses, as well as other animals. Her bronzes are found in collections across fourteen countries and in the homes of royalty, museums and corporate presidents.

The years of experience as an accomplished horsewoman through training, breeding and showing championship horses has given Pat Roberts the opportunity to study the subject she loves best. It was a natural for her to gravitate toward creating numerous sculptures of the horse in motion.

Pat, who says that she had had no formal training, has attended workshops given by contemporary artists she admires and credits for keeping her true to her own style, which has been described as realistic with just a touch of impressionism. Pat likes to spend time capturing and creating the ambiance of both the Old and the New West in her sculptures of charros, buckaroos, modern-day cowboys and old-time Western ladies who rode sidesaddle.

In 2006 Equus: The Flight Animal was also juried to be ‘Best of Show’ in a Santa Barbara County competition. 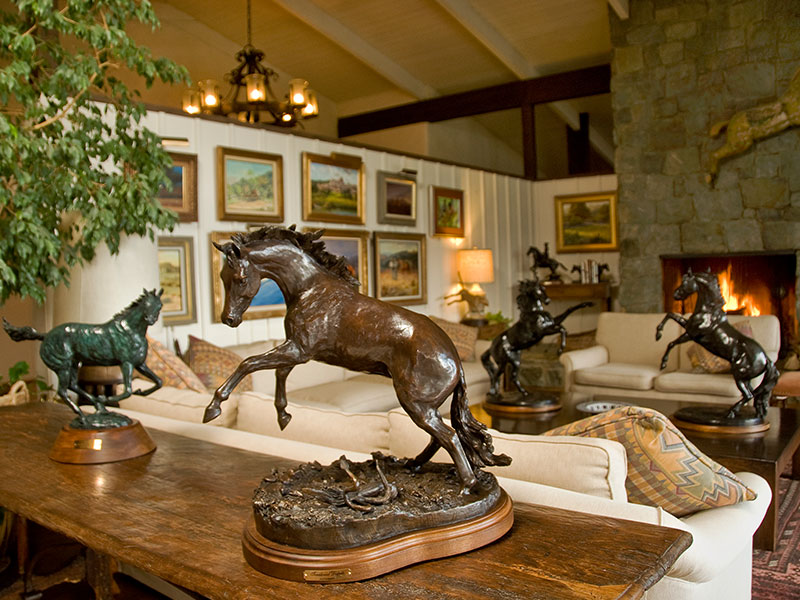 Pat was awarded ‘Best of Show’ at the 2007 ‘Spirit of the Horse’ juried art competition at Rancho Palos Verdes, California with her sculpture Equus in Flight. In 2008, her sculpture Mexican Vaquero was accepted in the Ex Arte Equinus Juried Show global art competition and it placed fourth. Also in 2009, Playmates placed in the top ten in the same competition.

Notable exhibits she has been a part of include Cowgirl Up! Exhibit at the Desert Caballeros Museum in Wickenburg, Arizona, several times the Pepper Tree Art Show, the Cast in Bronze Show, the Women’s First Show, Golden State Sculpture Juried Show, WAOW International Exhibit, SLO Cattlemen’s Western Art Show, the Satsooni Gallery exhibit, the Ojai Museum of Art, the Bronze & Brush Exhibit at the Elverhoj Museum and others.

Three times Pat has exhibited her bronzes at the Norvenich Castle, Aachen, Germany where she represented her country as the only artist invited from the United States. 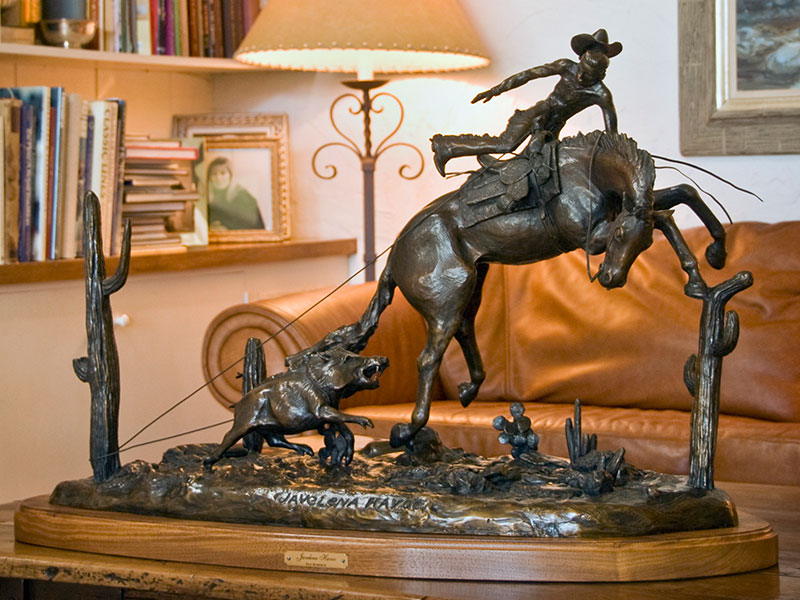 She has exhibited at the opening of the European Museum of Art in Clarence, New York and is a part of their permanent collection, has been represented by and exhibited at the Osborne Gallery in London, England, as well as at the Gallery Kocken, in Kevlar, Germany.

Her sculpture is part of the permanent collection at the Kentucky Horse Park in Lexington, Kentucky; the European Museum of Art, as well as in several corporate headquarters both here in the United States and abroad. Her collectors are scattered in 14 countries and are part of the personal collection of Her Majesty, Queen Elizabeth II at Windsor Castle, Prince and Princess Michael of Kent at Kensington Palace, actress Cheryl Ladd and other celebrities.

On television, Pat and her art has been part of the PBS productions of Monty Roberts: The Real Horse Whisperer; Shy Boy: The Horse That Came In From The Wild; Horse & Country in England, and Monty Roberts Backstage of RFD Television productions. 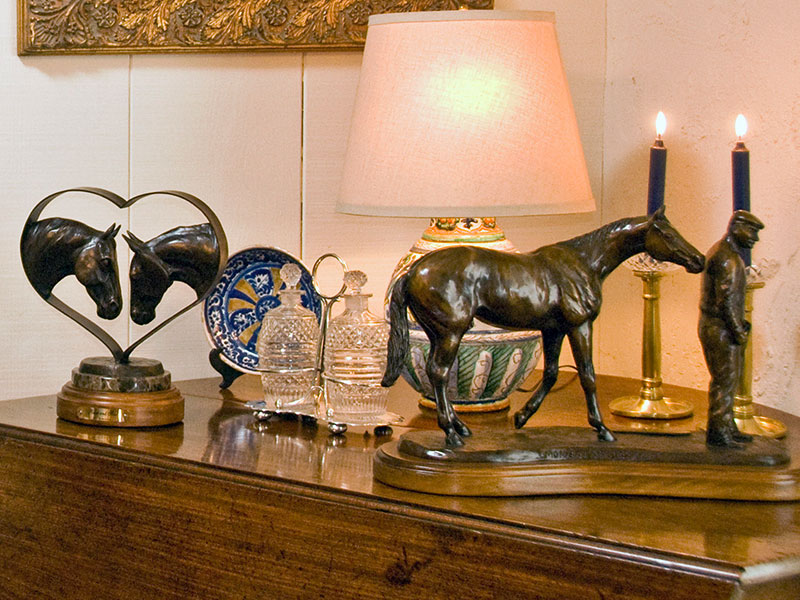 Many times after one of Monty’s powerful demonstrations, Pat has found herself in the position of being a confidante to spectators who suddenly recalled their own abuse — or even an abuser himself who broke down while experiencing Monty’s demonstration of his nonviolent Join-Up training principles. She has collected many fans herself and still receives letters from these people who credit her with helping them take the first step toward healing.

In addition to raising three biological children and countless horses, Pat and Monty also served as foster parents to 47 children over the years, many of whom return regularly to Flag Is Up Farms.

Flag Is Up Farms, Pat and Monty’s home, has become an in-demand destination for corporate events, in recent years hosting more than 40 businesses. A gracious hostess, Pat enjoys meeting and greeting executives from companies such as Bristol-Myers, Hallmark, and Sun Microsystems as well as hundreds of others that have taken advantage of the beautiful location and hospitality of the Roberts. 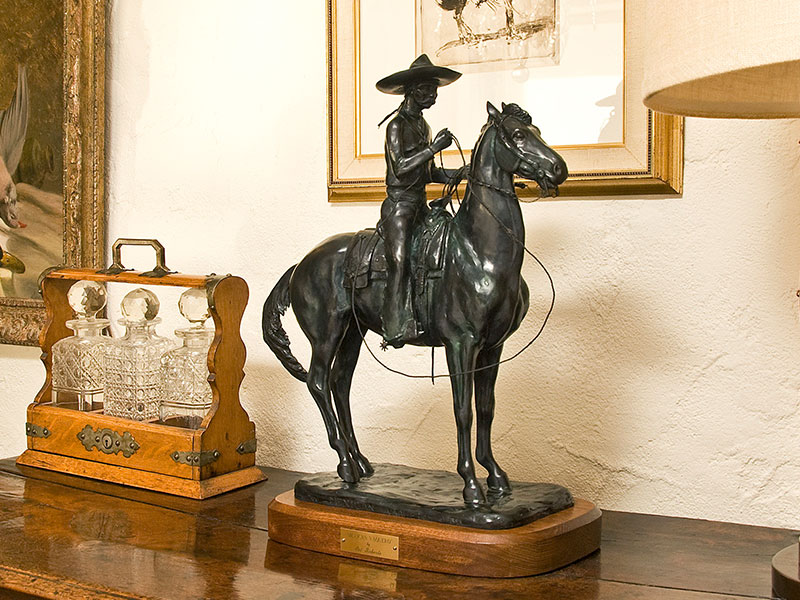 Additionally, Pat has been instrumental to Join-Up International, a nonprofit organization dedicated to promoting gentle, more effective alternatives to violence and force in both equine and human relationships. Applying principles such as Monty’s Join-Up methods, horses serve as a metaphor a vehicle for this learning process.

In May 2004, Pat was honored by the Girl Scouts of Tres Condados as the “2004 Woman of Distinction.” Pat and Monty are also sponsoring a Join-Up® badge through the Monty Roberts Equestrian Academy at Flag Is Up Farms.

With all the accolades she and her family have received, all the visitors, celebrities, international royalty, and success, Pat is still noted for her down-to-earth, warm personality and her willingness to reach out to humans – or horses – who could use a hand. 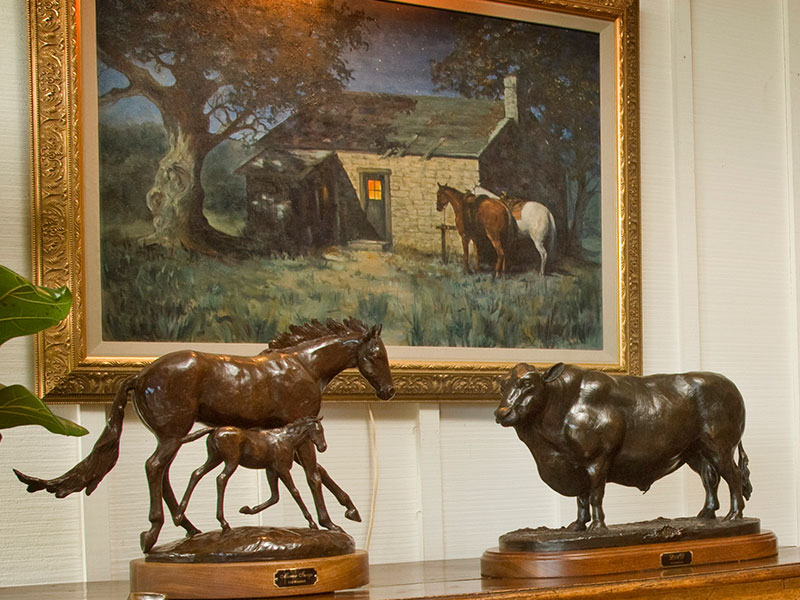 Pat Roberts Sculptures are all limited edition, with several currently available for purchase (see details below).

Please contact Adam at the Main Office on +1 805 688 6288 or email admin@montyroberts.com for pricing, availability or further information.

“Horses and sculpture are all about movement. As an artist, I strive to capture a moment in time… but even when I depict an animal standing still, it must still move in the eye of the viewer to be alive.” ~ Pat Roberts 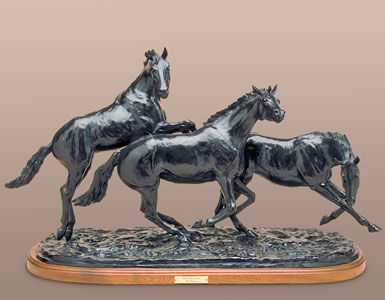 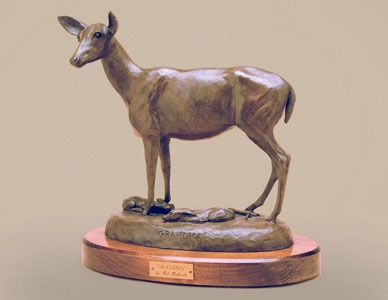 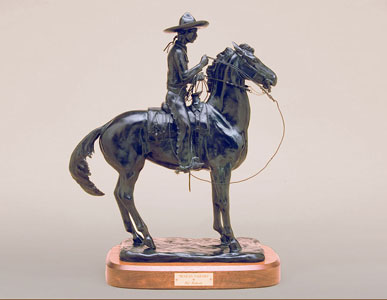 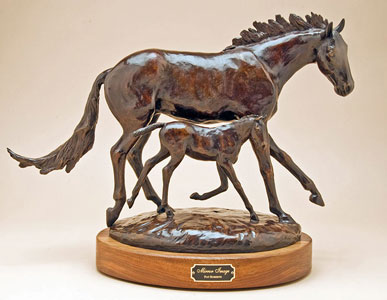 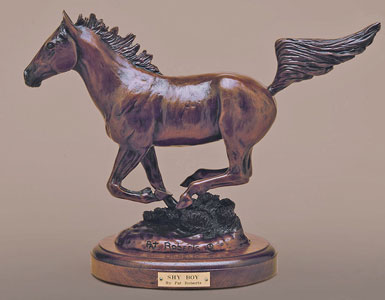 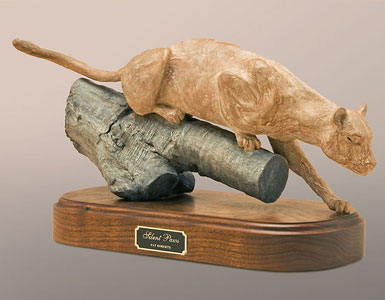 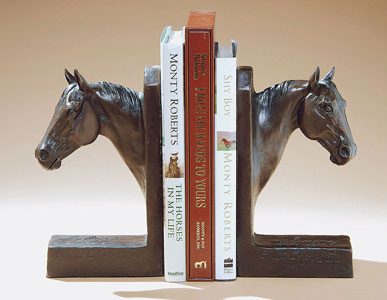