Flag Is Up Farms: Unforgettable Events

For the past five decades, Flag Is Up Farms, home of Monty Roberts and Pat Roberts, has been one of the premier destinations in Central California for a wide range of events – from weddings, to corporate events and team building, to art shows, fundraising events and more.

Learn more about Flag Is Up Farms below or use the links for quick section-access.

A yearling learns to accept blanket, saddle, and rider in less than a half an hour, a process that conventionally takes weeks for a horse to accept. The Join-Up technique uses quiet, patient talking to the horses to allow the horse to choose trust and “join” with the trainer. Guests will witness a unique lesson in the value of trust-based relationships and communication.

A delicious ranch style barbecue (cooked in an authentic oak-pit barbecue) follows at the Roberts’ Hacienda, offering the perfect opportunity to discuss the application of these philosophies in your workplace. 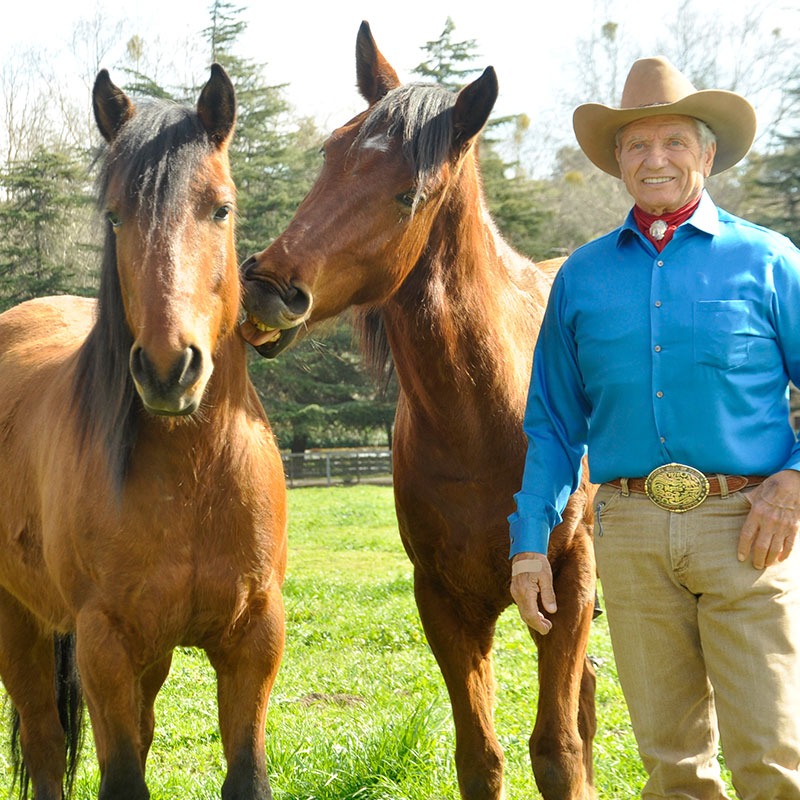 Monty first developed Join-Up to stop the cycle of violence typically accepted in traditional horse breaking. Convinced there must be a more effective and gentle method, Monty created these consistent set of principles using the horse’s inherent methods of communication and herd behavior. The result is a willing partnership in which the horse’s performance can flourish to its full potential, rather than exist within the boundaries of obedience. These principles are valuable tools to understanding what motivates horse behavior and increasing effectiveness in any application.

Join-Up is the title Monty Roberts has given to the body of his work with horses without violence. To define Join-Up, however, requires a narrower view of the term. Join-Up is that moment when the horse decides that it is better to be with the person than to go away. Join-Up can be achieved with all horses of any age or background. It is as effective on wild mustangs as it is on the gentle child’s horse. 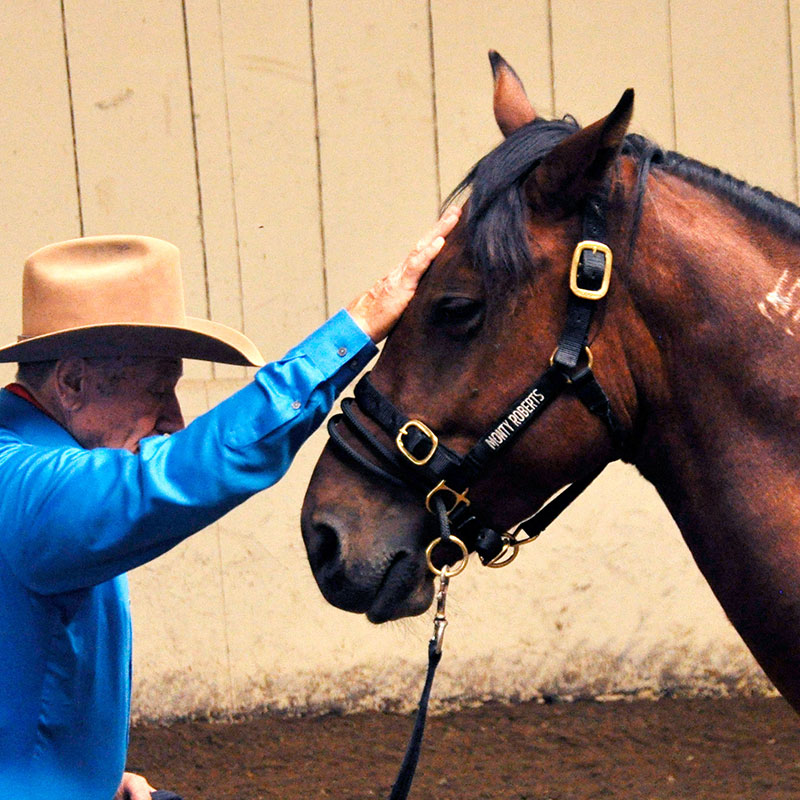 The practice of Join-Up is a commitment to a path that two species travel together in search of commonality, friendship and survival. The process has no time constraints; it has no definable beginning or end. The process does not begin when you arrive at the barn to meet your horse; it begins when you wake up in the morning and exists even as you sleep.

Join-Up is based upon a communication system creating a bond rooted in trust and an environment of cooperation. It must be nonviolent, non-coercive and can only be accomplished if both partners have willingly entered the process. To gain Join-Up with your horse, it is necessary to step into his world, observe his needs, conditions and the rules that govern his social order. 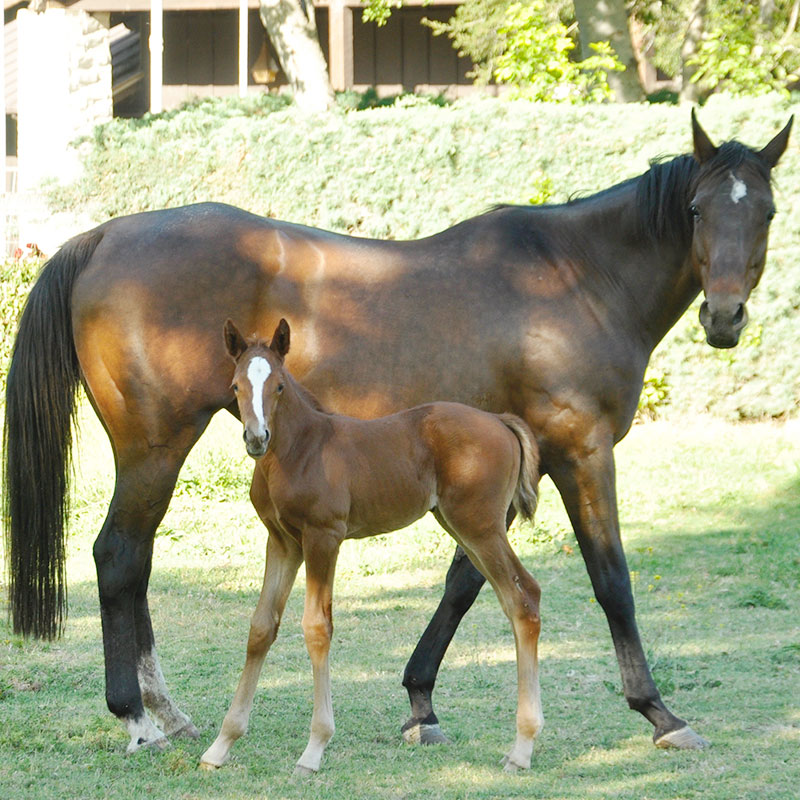 Imagine if every conversation in your organization resulted in an immediate improvement in performance … where people wanted to change and they felt valued in the process.

At the heart of Monty Roberts’ methods is a belief that with trust you will gain cooperation, with listening you will spark motivation, and with understanding you will know how to coach people to perform at their best. That’s what the Join-Up®Corporate Course is all about. 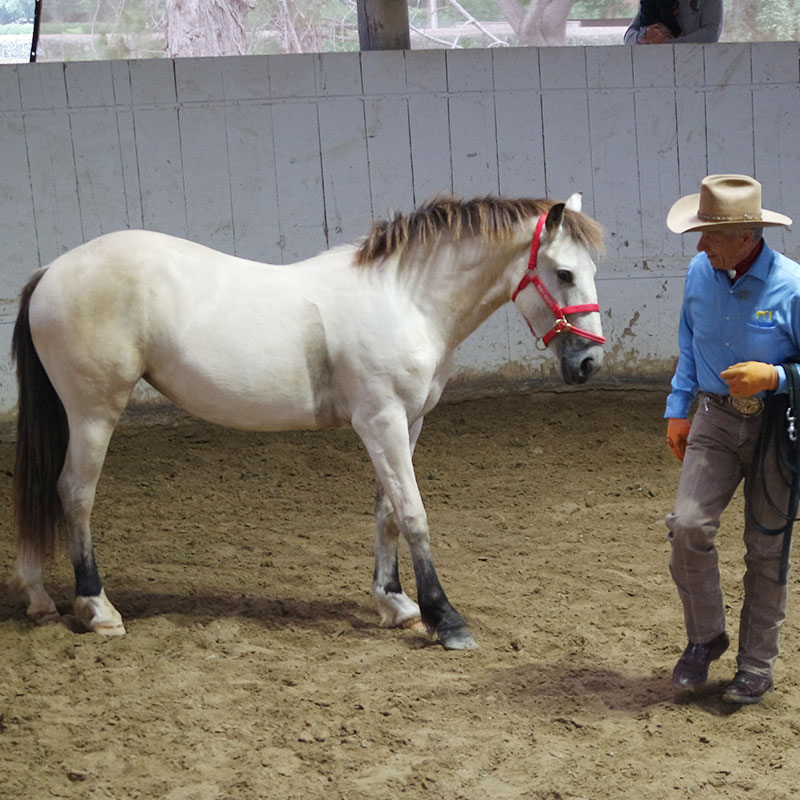 Monty Roberts has found that Join-Up works equally well in the corporate world as on the ranch. At the heart of Monty Roberts’ methods is a belief that with trust you will gain cooperation, that with listening you will spark motivation. In his work with over 250 major companies, including American Express, Johnson & Johnson, Dean Witter, Disney, Hallmark, John Deere, the CIA Polygraph Division and the Los Alamos National Laboratory, Monty has seen that managers at organizations where people want to change and feel valued in the process, who apply his techniques for establishing a relationship of trust, respect and communication, elicit peak performance from their teams. 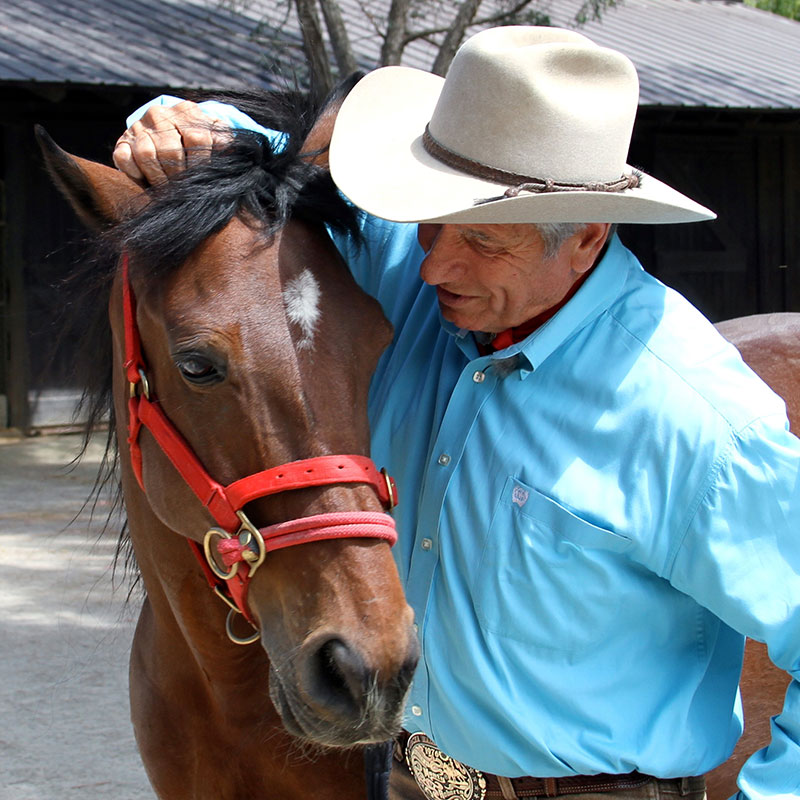 Flag Is Up Farms is home to the Whispering Rose Ranch – one of the most elegant ranch estates in the world and the ideal choice for a Santa Ynez Wine Country wedding. With galloping horses on over 100 acres, a race track, multiple barns and a pond, you and your guests will experience a truly romantic country setting.

Unparalleled grandeur greets you from the moment you enter the rose-covered gates, and continues as you begin the nearly 1/2 mile tree-lined drive. The 200 year-old Bride’s Stone Cottage is a romantic haven for the bridal party to prepare for the big day. The groomsmen will be entertained as well in the Groom’s Saloon, a truly one-of-a-kind dressing room complete with a bar, shuffleboard and authentic western decor. 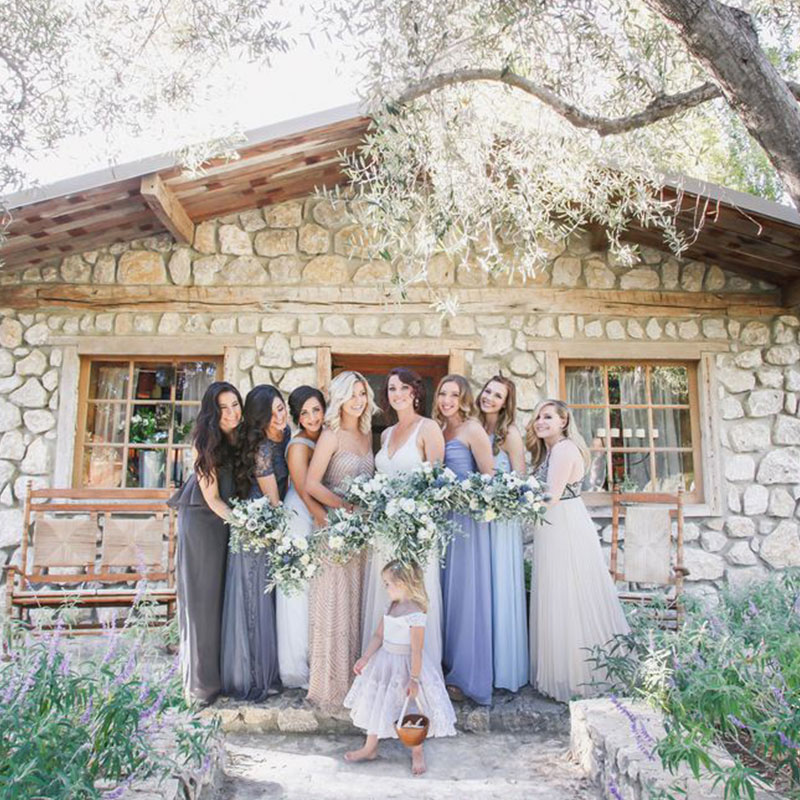 The Mountain Vista overlooks the entire Santa Ynez Valley and Mountain Range, an ideal spot for romantic wedding portraits while your guests enjoy cocktail hour in The Park. There are multiple dinner and dancing options:

There are multiple dinner and dancing options:

* Sycamore Lane with one long farm table perhaps with chandeliers strung from the magnificent sycamore trees, and surrounded by horses on either side.

* The Park with clusters of Birch Trees, crisp green grass and horses all around.

* The Covered Barn – a perfect canvas for whatever you envision! 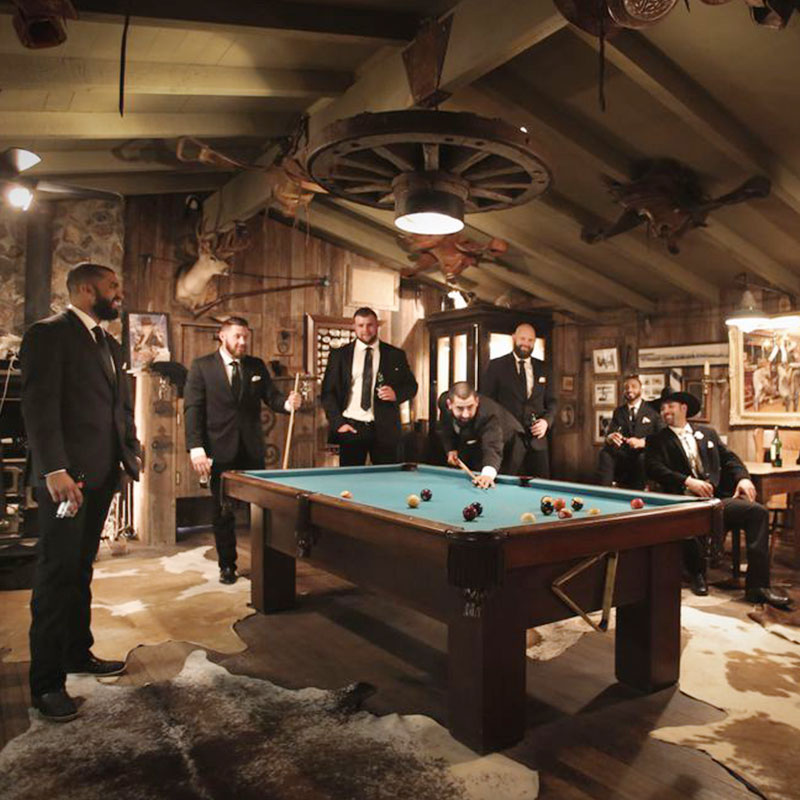 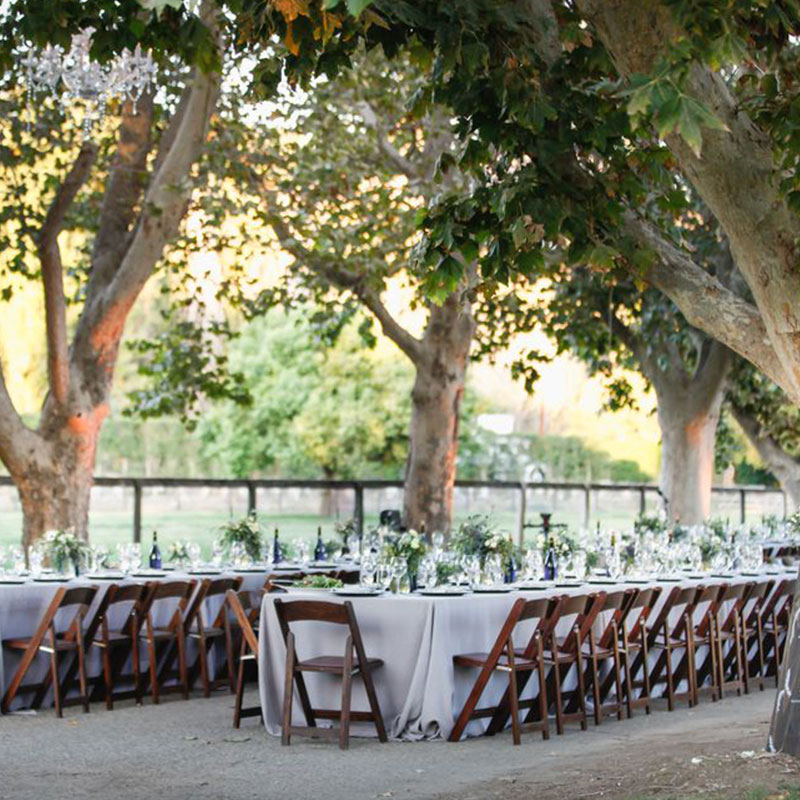 “Our favorite memory was before the processional. The sun was glistening through the sycamore trees onto our guests while they sat in awe of the majestic horses galloping around on either side of our ceremonial arch. It took our breath away! “ ~ Carla & Bennett

“Many thanks to you and your wonderful teams, I appreciate all your efforts in helping to create wonderful memories for Hilary and Jason. The care and professionalism you all demonstrated was inspiring!” ~ Armando, Alegria by Design

“I just wanted to thank you personally for everything you did to make Tessa’s dream wedding come true. It was a magical day to be remembered for a lifetime. I appreciate all of your efforts, input and kindness to us throughout the process. We loved the setting of Whispering Rose Ranch – it couldn’t have been more beautiful!” ~ Brigitte, Mother of the Bride

“Our favorite moments were when we did our ‘First Look’ at the big beautiful door up at The Vista, and then reading our vows to each other in private right afterwards in front of those gorgeous windows right inside the Vista doors. Thank you!!” ~ Jess & Tyler 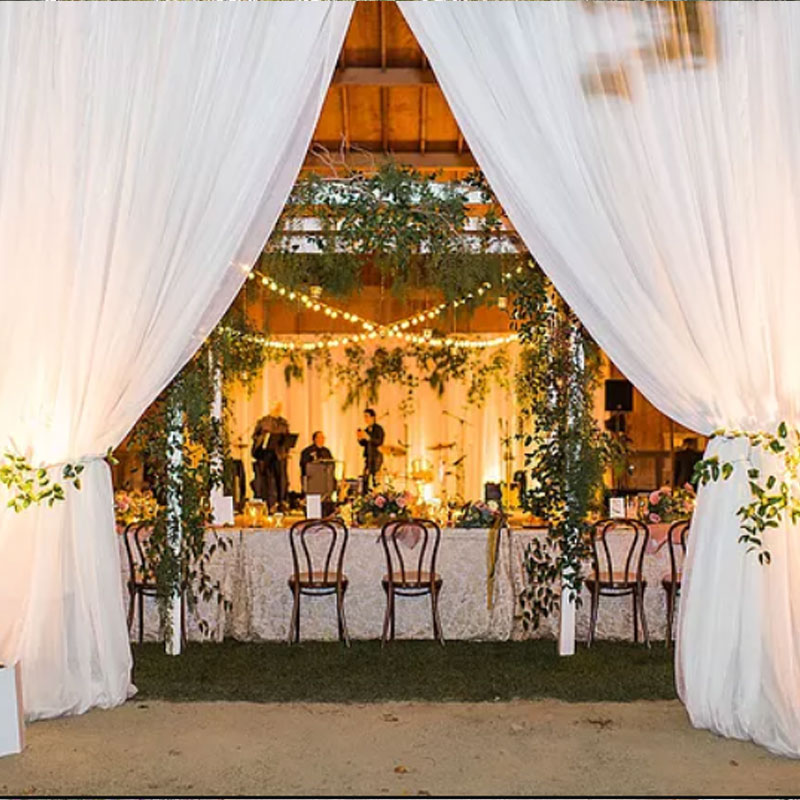 Flag Is Up Farm Tours

The Roberts encourage visitors to their ranch and home, and fans and tourists visiting the Santa Ynez Valley can stop by at any time to see the farm. Entry is free for individuals and small, private groups.

For larger groups and organized tours, Flag Is Up Farms offers a guided tour where visitors can see the world-class training facilities, meet Shy Boy, and see the ‘farm’ at work. Depending on the horse trainers’ and Learning Center schedules, visitors may be able to observe horses in training in a variety of disciplines, and students from around the globe learning Monty Roberts methods.

Our grounds are highly reviewed and a truly magical place to visit. View some of the breathtaking imagery of Flag Is Up Farms here.

We have a walking guided tour ranging from 60-90 minutes. Our grounds are wheelchair accessible.

Guided Tour packages price at $20 per person, our standard policy is to comp the Tour Coordinator and Driver as a courtesy.

We can accommodate Guided Tours from 12-50 persons, but do have additional options for larger group sizes. 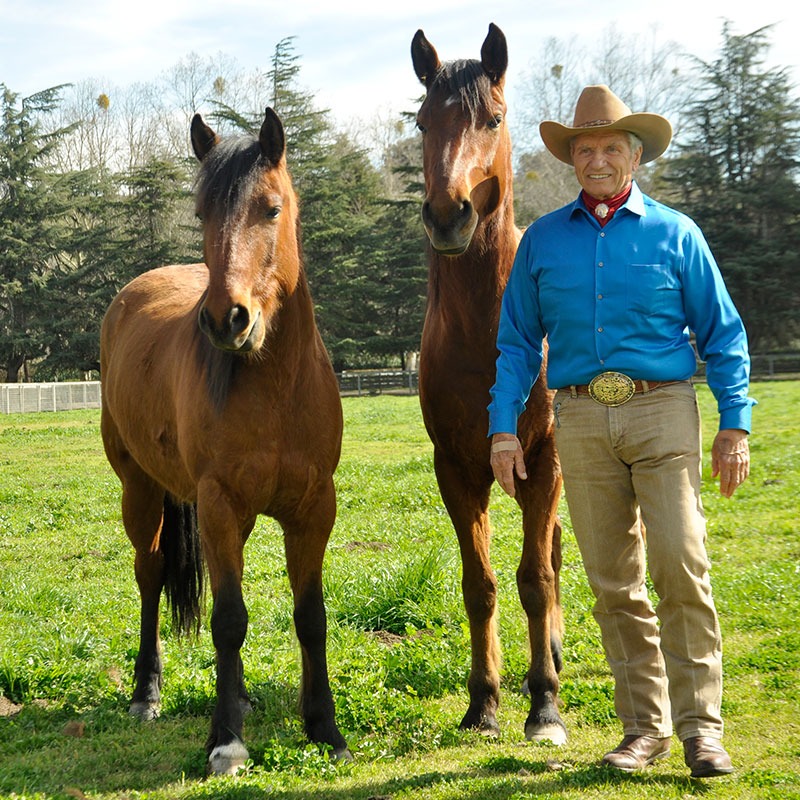 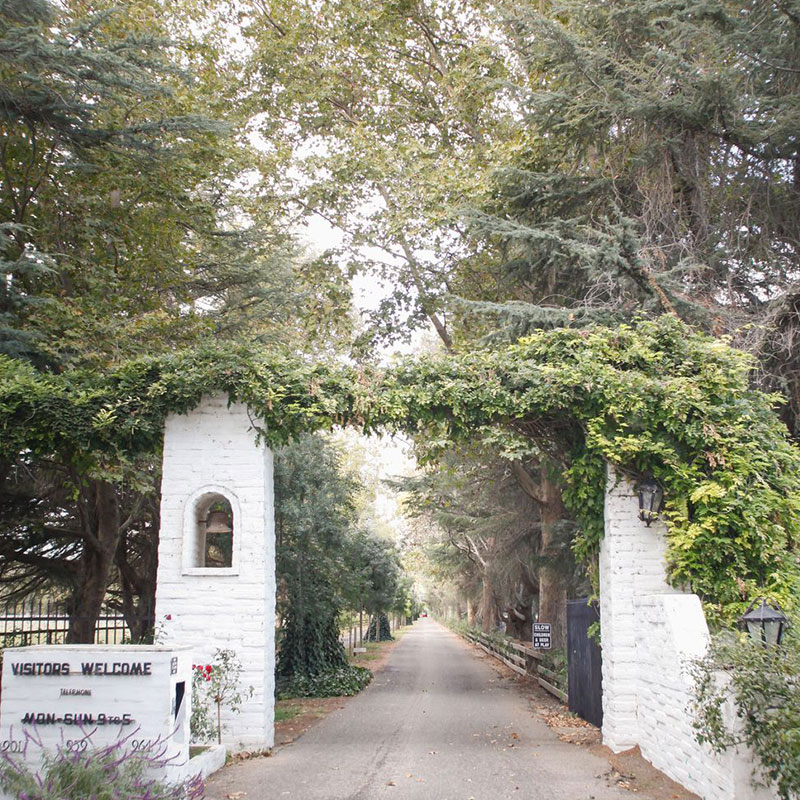 Shy Boy is one of the world’s most beloved equine celebrities. He is known to millions of viewers of the BBC/PBS series and the New York Times best-selling book. His image has been emblazoned on T-shirts, and young girls squeal when they see him. He’s so popular that Breyer toys created a Shy Boy model horse for collectors! Quite an amazing life for this small (13.2 hands) horse that probably never thought he’d be anywhere but roaming the plains of Nevada, foraging for food.

Born and raised in the wild, Shy Boy first met Monty Roberts in 1997. A mustang horse rounded up by the Bureau of Land Management, Shy Boy was to be the focal point of a bold experiment: could Monty Roberts, the internationally-known “man who listens to horses,” achieve Join~Up® in the wild?

Monty’s goal was to “start” Shy Boy (halter, bridle and saddle the horse and then get a rider on) without utilizing the usual round pen or any enclosed space. All Monty would use was his ability to communicate in the horse’s own language.

After an odyssey that spanned three days and approximately one hundred miles, Shy Boy willingly chose to Join~Up® with Monty. In an unforgettable moment, the wild horse dropped his head and allowed Monty to gently touch his face. Later, Shy Boy accepted his first rider. The experience was documented in a BBC/PBS program Monty Roberts: The Real Horse Whisperer and shown on television throughout the world.

After Monty and Shy Boy’s successful Join~Up®, they both returned to Monty’s Flag Is Up Farms in Solvang, California. Shy Boy grew to love life on the farm. Over the course of a year, Shy Boy soaked up the attention from delighted tourists and horse lovers who flocked to the farm to meet the legendary mustang, grew chubby eating nourishing grass and rolled around in the paddock.

Yet throughout Shy Boy’s year at the Farm, one question remained: would Shy Boy rather be free? It was a question that gnawed at Monty.

In 1998, Monty loaded Shy Boy back into a trailer with a heavy heart and drove back to the wild. The question that hung in everyone’s minds was: when allowed to choose, would Shy Boy return to his old herd or come back to Monty?

The result was captured on an emotional and stunningly beautiful video (Shy Boy: The Horse That Came in from the Wild), shot live as it happened. As the halter is removed, Shy Boy immediately canters off to join his former herd, who welcomes him warmly on the top of a hill. What happens the next day is a testament to the bond Monty had formed with Shy Boy and the power of Monty’s Join-Up® philosophy. It’s a story you will never forget.

Shy Boy has resided at Flag Is Up Farms ever since, greeting fans and participating in various training classes at Monty’s Equestrian Academy. He also made his debut in the Tournament of Roses parade, televised to an estimated 10 million people, in 2002 and 2003.

And now a young adult book has been created called I’m Shy Boy: Here’s my story!Monty interpreted Shy Boy’s adventures growing up with his family group in the Nevada desert. Its for people 9 years old and older and its available only from our online shop and a few other shops globally. I’m Shy Boy is for youth readers, Little American Mustang is for under 9 aged children.

Shy Boy is not yet done with being famous! Although, at the ripe old age of 26, he spends most of his days out in the pasture with his mustang friend “Skinny”, he loves visitors and is here to welcome you any time you stop by. 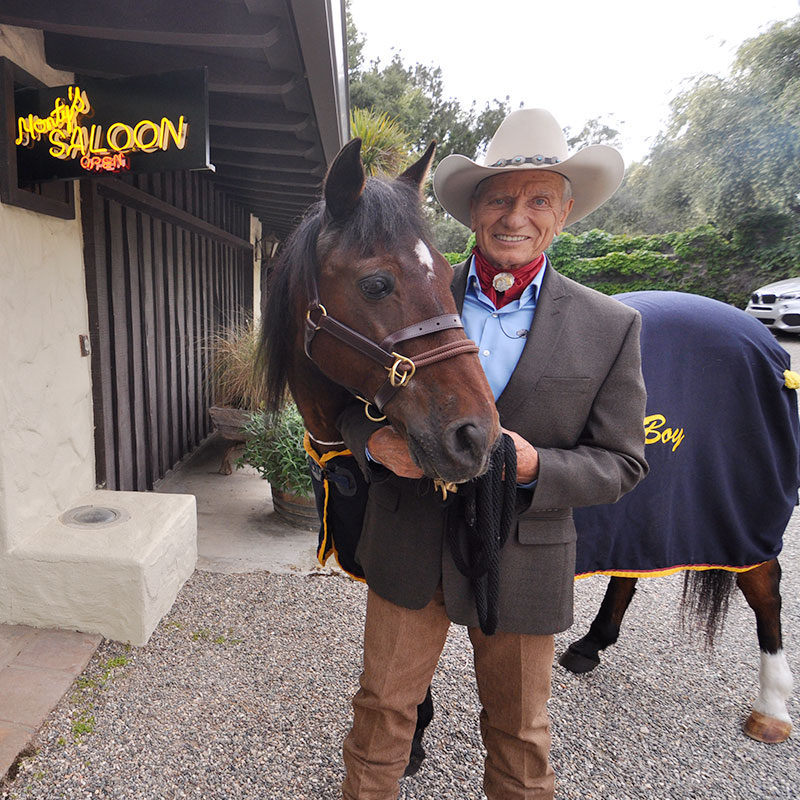 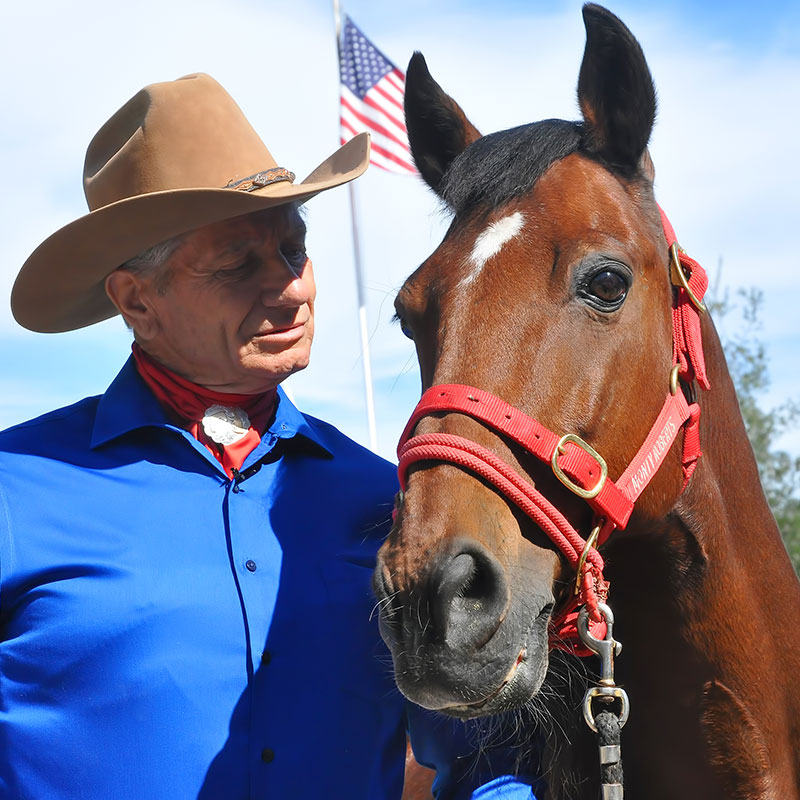 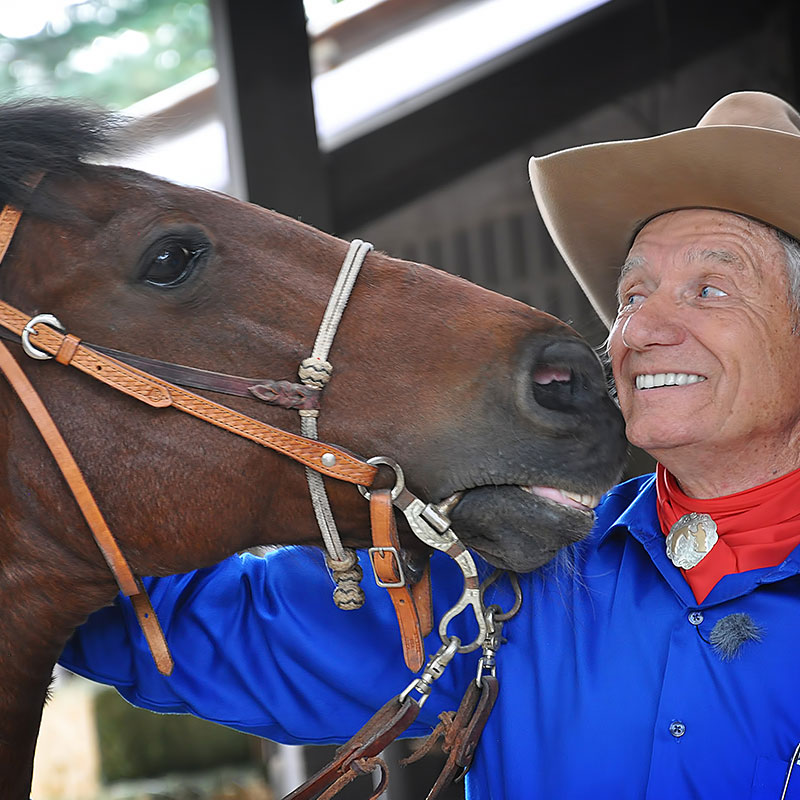