Skip to content
Previous Next
Causing your horse to ‘want to’ 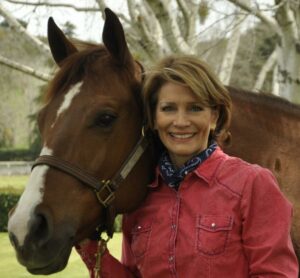 Horsemanship clinics are flourishing and there has never been a time in history when horse owners have had more opportunity to learn to be better owners.

So why are so many of us confused at times by the multitude of information and seemingly opposing answers about horsemanship?

In the beginning, horses don’t understand what we would like them to do through language. Causing a thousand-pound horse to do anything is a process called training.

In terms of training, it is fair to your horse to reward him or her with a gentle rub or a cessation of work when they have done something to meet the training goals. Maybe it’s simply a dismount in the middle of the arena, reinforcing a moment of learning.

But sometimes there is cause for a bit of extra work when they have regressed in their training.

For example, some horses have trouble standing still when you are asking them to stand to mount or to wait in the middle of the arena for your turn to practice.

We all agree that these are good traits to acquire in a partnership with your horse. Let’s explore how we encourage standing still.

Backing up is not something very natural for a horse. It takes trust on the horse’s part that you will guide him safely and it is also more work than moving forward or standing still.

I think you can imagine where this is going.

If you want to train a horse to stand still when you ask, you are going to do a lot of backing up and then dropping the reins to see if they have figured out that standing still is what you want.

What we really want to do is “reinforce” the desired behavior (standing still) without punishing the horse. Some people incorrectly think negative reinforcement means pain and punishment.

Punishment is an attempt to influence the horse’s behavior by adding something painful, which can eventually lead to mistrust and other dangerous behaviors by your horse.

In contrast, negative reinforcement is an attempt to influence the desired behavior of standing still by a cessation work done by the horse, like the backing up. Training your horse to ‘think for himself’ rather than being compliant because of punishment, creates a better relationship with your horse.

My favorite example is a horse who used to be dangerous unloading from the trailer. When we dropped the gate, he would blow backwards down the ramp and anyone nearby could hear the hooves pounding and knew you were home.

It took a long time but the repetition of loading him back on and asking for a slow retreat before heading to his stall, eventually taught him how to safely unload.

We knew he was finally trained and safe when we came home from a trip and went to unload. He forgot for a moment and unloaded a little faster than we had trained him to by slowly and carefully backing out.

Knowing our routine, he took a breath and loaded himself up again, only to unload like a gentleman, all on his own.

Creating a great relationship and a happy horse can be one of the most enjoyable things a horse lover can do. It takes patience and an understanding of the flight animal. If you are willing to be a student of your horse’s behavior, you will have a horse who enjoys being with you and understands your needs too.